Brooke Hanson Hangs up her Speedos 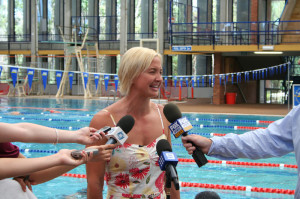 The 29-year-old had an international career that spanned 13 years and included three long course FINA World Championships, three Commonwealth Games’ and the Olympic appearance in 2004 where she also won a gold for swimming the breaststroke leg in the heats for Australia’s triumphant medley relay squad.

Overall Hanson amassed an international medal tally of 22 – 12 gold, 7 silver and 3 bronze, including a record breaking six gold medals at the 2004 FINA World Short Course Championships in Indianapolis where she was named swimmer of the meet.

The energetic sprinter, who was electrocuted in a freak accident in June, made the announcement in Sydney today, saying she had been considering quitting the sport for several months before arriving at a decision in the last few days.

“I had plenty of time out of the water after the electrocution and it gave me time to think things through,” Hanson told a media conference. “I didn’t think I could commit myself like I have in the past and while my swimming career has been a wonderful journey, I am ready to move on to another phase in my life. “I have often wondered how some of my friends have retired because I love swimming so much but now, as of today, my heart has told me how they did it and that is why I’m hanging up my Speedos.

“I love swimming and the whole sport and I didn’t want to end up hating it.”

It was under Carroll’s tutelage that Hanson finished fourth in the 200m breaststroke at the 1994 Commonwealth Games in Vancouver, BC, Canada on her international debut as a 16-year-old.

Following the completion of high school at Manly’s Mackellar Girls High and after narrowly missing selection for the 1996 Olympics, Hanson moved south to Melbourne to join the Nunawading club and train under Leigh Nugent. She went on to be coached by Mark Thompson, Jim Fowlie and Amanda Isaac.

Hanson won her first international medal – a bronze in the 200m breaststroke – at the World Short Course Championships in Athens in 2000 but was again shut out of Olympic selection after placing fourth in both the 100 and 200m breaststroke at the Olympic Trials.

The next four years saw Hanson’s determination and commitment rewarded and her dream – Olympic selection fulfilled.

The realisation that her life’s work in the sport had finally led her to the Olympics, she says, was her proudest achievement.

“When I hit the wall at the 2004 Olympic Trials and realised that I was going to be an Olympian, something I had dreamed of since the age of six, it was the reward for years of hard work and perseverance through the good and bad times,” Hanson said.

“I had been acting like an Olympian and I was going to be one. It was probably the best moment for me in my whole career.”

It was later in 2004 that Hanson found her greatest international successes, culminating in the gold and silver medals in Athens and the six gold – five of which were in individual events, a feat never before achieved at a major international meet – at the World Short Course Championships. 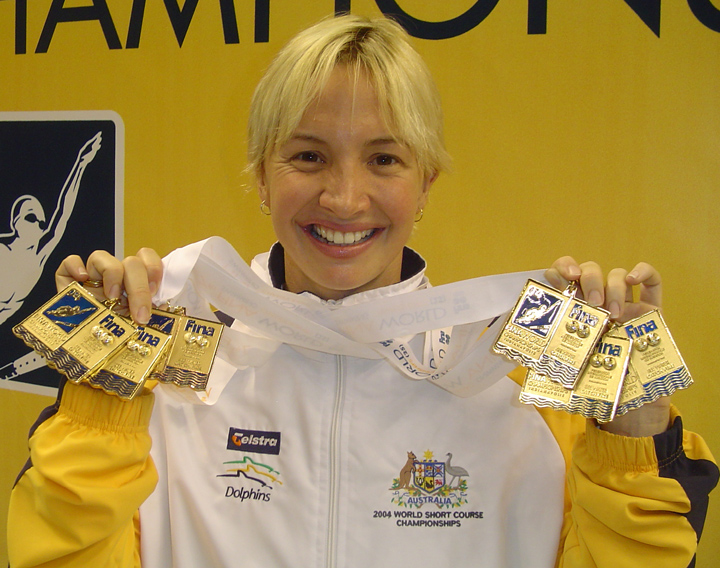 Hanson’s last major international competition was the 2006 Commonwealth Games in Melbourne where she won silver in the 200m individual medley.

Amongst Hanson’s other notable achievements is holding the short course 100 and 200m individual medley Commonwealth records and for her part in Australia’s world record breaking short course medley relay team in 2004. 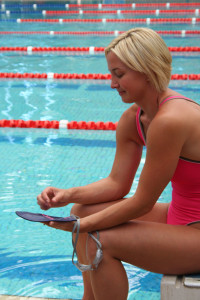 “Brooke has been a shining example of the Australian ‘never give up’ attitude to sport and her drive to become an Olympian kept her focussed on a career that was punctuated by injury,” Mr Tasker said.

“She overcame all of these setbacks to not only become an Olympian but to win silver and gold in Athens. “She showed that was no fluke by following it up a month later when she won six gold at the World Short Course Championships in Indianapolis.

“Brooke has been a well respected member of the Australian Swim Team and a great ambassador for our sport.”

Hanson is married to former Nunawading club mate and freestyle sprinter Jared Clarke. She will now take some time out to consider her future away from the pool but said she was interested in pursuing a career in television that has already seen her work in both the sport and lifestyle genre’s.